Fantastic. You are now on the waiting list, please check your inbox for our confirmation email! 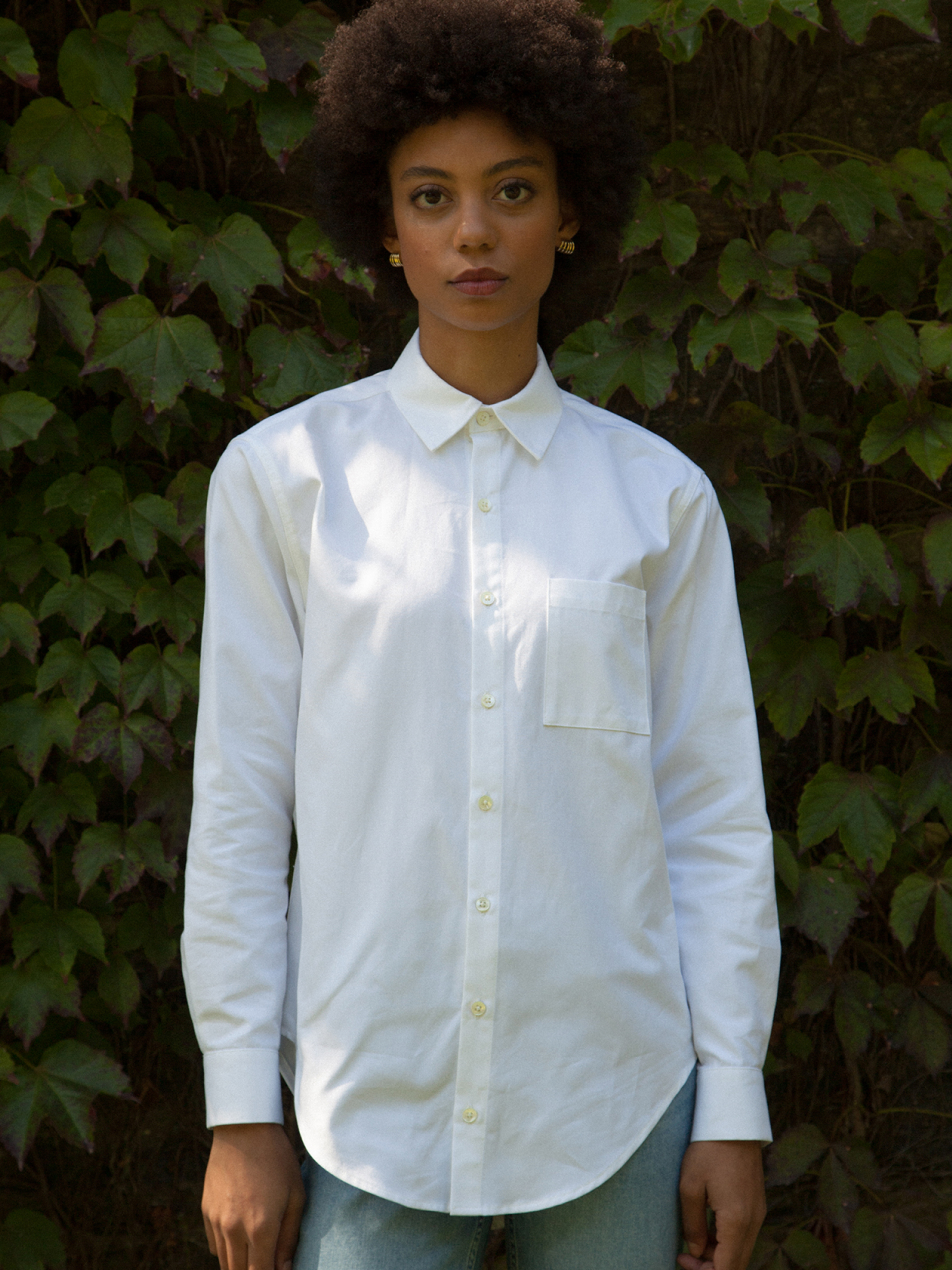 A true woman's workshirt: tough and durable, but damn, it's elegant.

Relaxed in the shoulders and strong in the collar, The New Oxford in Brighton Blue is made from Japanese 100% cotton with natural mother-of-pearl buttons. It boasts a front pocket, pleated cuffs, an extended hem, and a back box pleat that rests between your shoulder blades. Lastly, the swoop of the back hem has been cut to flattering perfection (while also allowing you to bend over without the fear of butt crack exposure).
Dee, pictured here, has a 36" bust, 26" waist, and an 36" hips and wears a S.

PS. Don’t worry about that black bra (we wear-tested so we know it won’t show).

This garment is made-to-order. Please select your fit for exact lead times.

Why we make it:

Crafted in New York, The New Oxford is the ultimate closet essential.

Inspired by a mix of 1930s industrial wear and 1980s power dressing, it’s structured yet generous, soft but wildly elegant.

Wear it buttoned up for a meeting, as a light jacket for running errands, and then tie it up at your waist when you’re off duty.

But the part we’re proudest of? That back butt swoop that frames your ass like the priceless work of art that it is.

It looks great with... 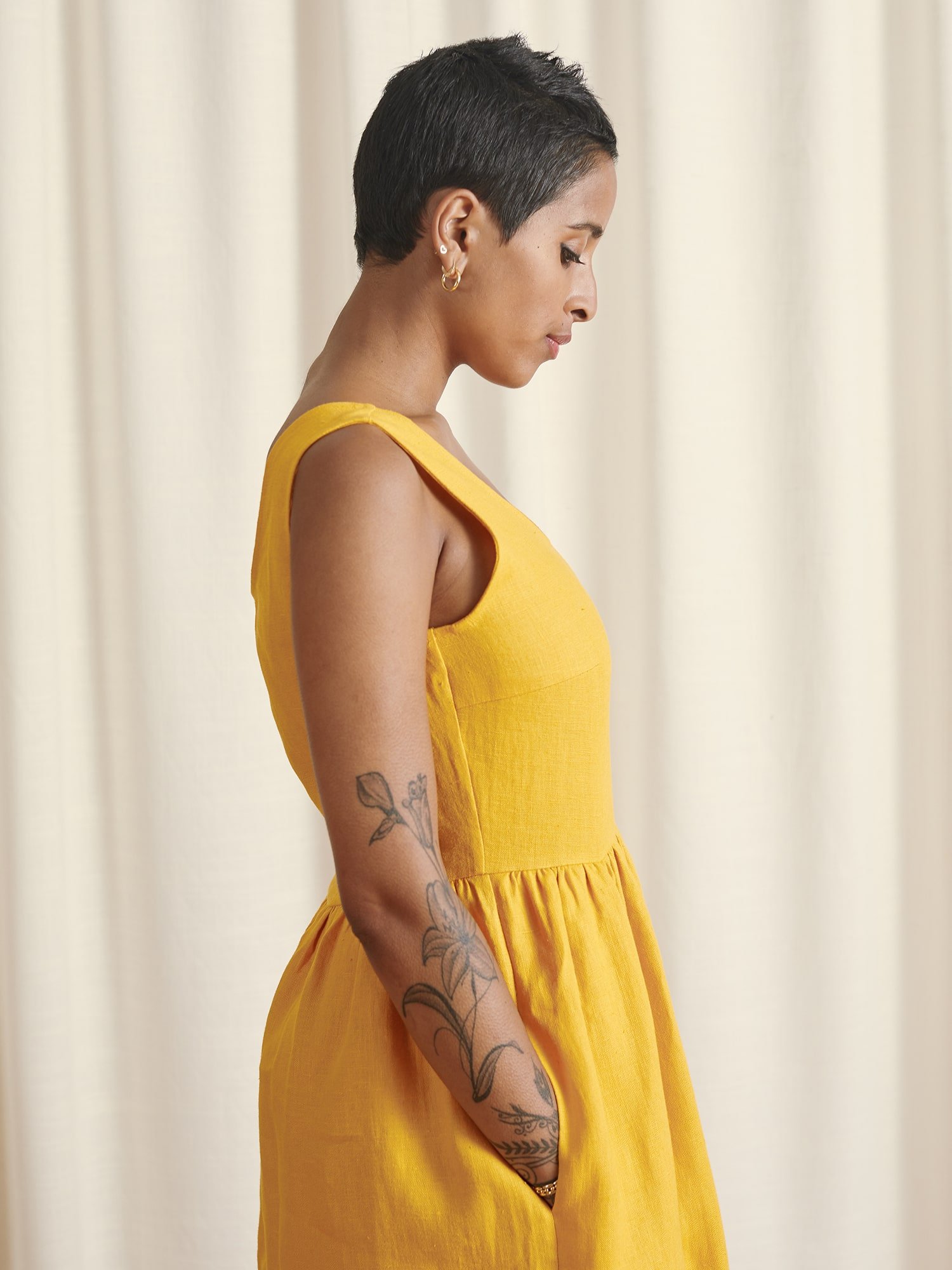 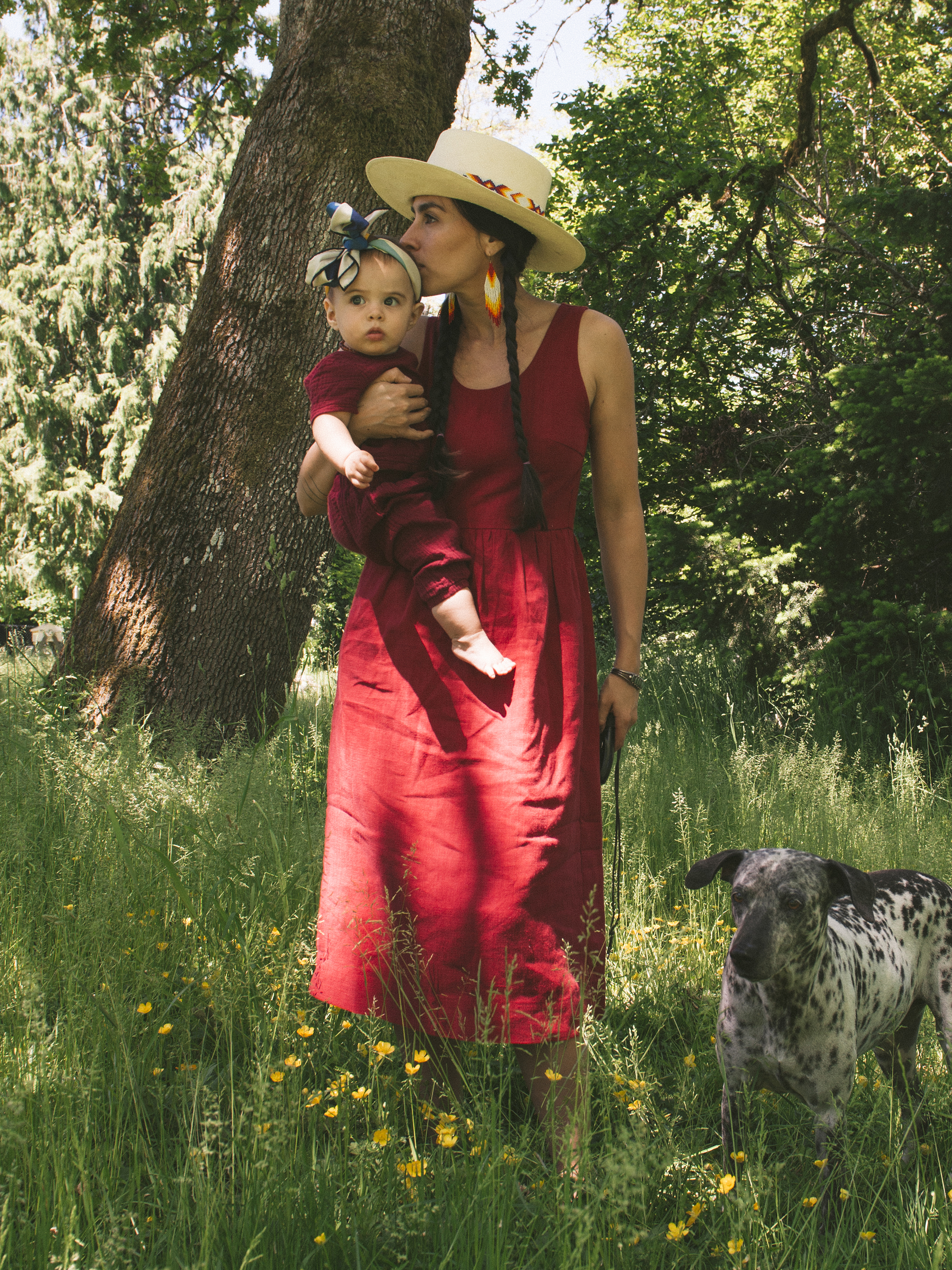 SHOP ALL
Meet our Cotton Oxford

NAOMI NOMI's Oxford fabric hails from Japan. It is a super soft, double-faced cotton with that classic basket weave construction.

Originally inspired by a mystery boy’s shirt found in the back of our high school car, we kept everything we love about its menswear fit but updated it for your powerful lady curves. With a relaxed shoulder and strong collar, its pocket holds your phone, its pointed collar frames your face, and its back box pleat rests quietly between your shoulder blades. A garment so good that, according to the data, if you’ve bought one, you’ve come back for 2.68 more.

The New Oxford life is just that addicting.
Continue Shopping
Proceed to checkout